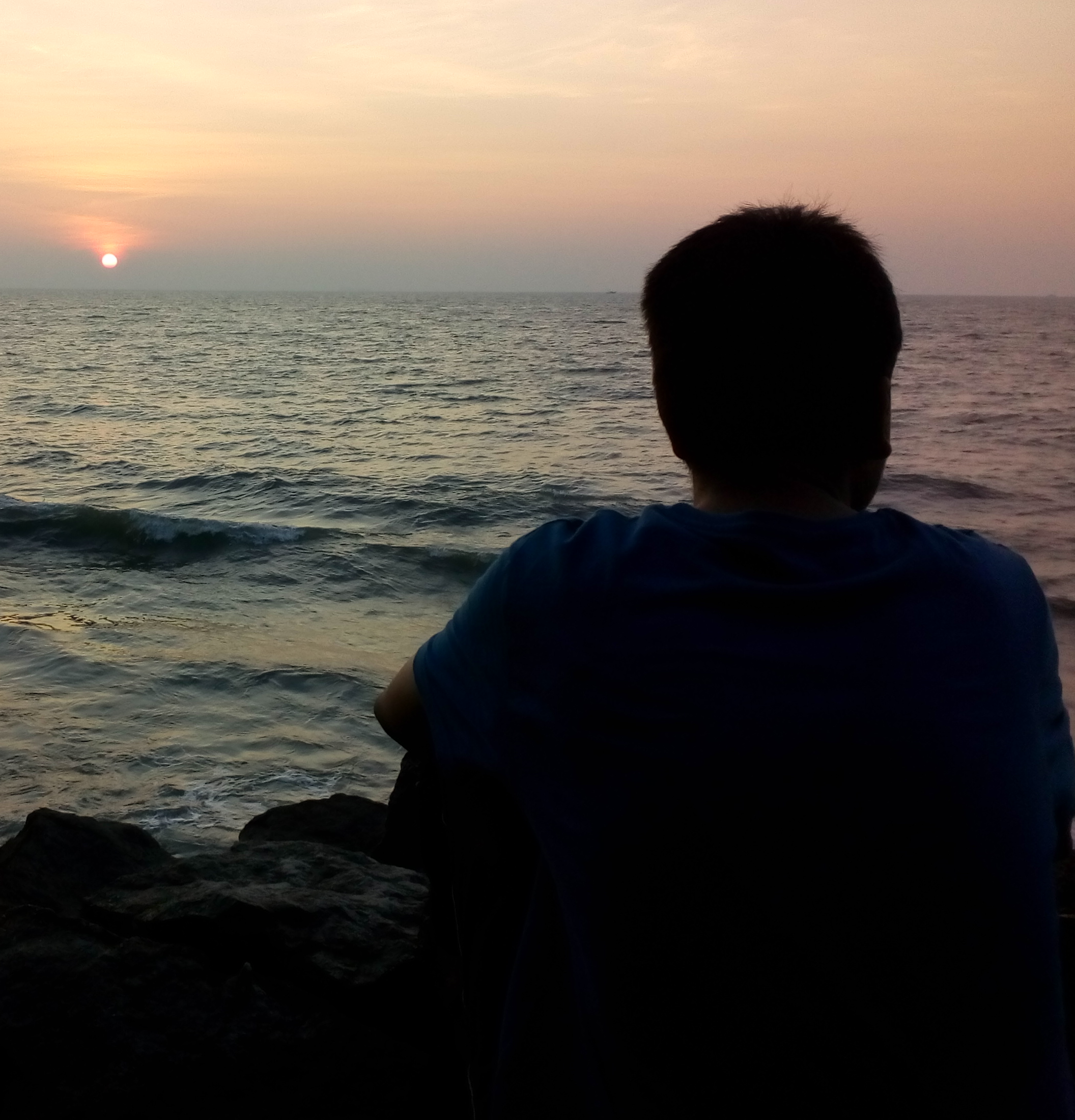 sherl0ck's home
What is this life if, full of care, We have no time to stand and stare.
Posts Playing around with SpiderMonkey
Post
Cancel

Playing around with SpiderMonkey

After getting a bit of hang over the standard C pwnables in CTFs, I was eager to see how this would work in the real world. So I tried starting of with browser pwn. I actually looked at CTFs challenges and though they are not exactly real world I guess they are the closest to it other than actually digging at old CVEs.

Anyway, for the past few days I was trying blazefox from blazeCTF 2018. In this post though, I’ll be writing about some SpiderMonkey data structures that were required to be understood. In this post I’ll only be focusing on SpiderMonkey (Mozilla’s JavaScript engine)

Before starting, I want to say that much of the content is from the references and this post is more or less about my fiddling with what was mentioned there :P

To experiment with SpiderMonkey, you might want to build a js shell first. A JS shell is basically a js interpreter. The build instructions can be found here. I am including it below for reference -

PS: I first came accross this on this cool post by brucechen

Note: I am disabling the debug option as this will add many assertions that will break our exploit, once we get to that part but if you are building to just play around then you should probably enable it.

Most of this section is based on this phrack article. The author explains everything pretty clearly and it is definitely worth a read.

In JavaScript we can assign values to variables without actually defining their “type”. So we can do a="this is a string" or a=1234 without specifying int a, char a etc like in C. So how does JS kepp track of the datatype of a variable?

Well, all “types” of data are represented as objects of JS::Value. JS::Value or jsval represents various types in by encoding the “type” as well as the “value” in one unit.

Let’s see this with an example. Run the js shell and create an create an array to hold values of different types -

So our array is like - [int, string, int, Boolean]. Now lets attach gdb to this and see how these look in the memory…

The code is pretty easy to understand

So the tag for int would be

Ok, so that was about representing values. But JavaScript also has various types of “objects”, like arrays. Objects tend to have “properties” -

In the above example p1, p2, p3 and p4 are “properties” of the object obj. They are like python dictionaries. Each property has a value mapped to it. This can be of any type, int, string, Boolean, object etc. Such objects are represented in the memory as objects of the JSObject class.

The following is an abstraction of the NativeObject class, which inherits the JSObject among other class -

Lets discuss each of these fields with some more detail.

I did not fully understand the requirement and the use of the group_ member but I did come across the following comment in js/src/vm/JSObject.h

The |group_| member stores the group of the object, which contains its prototype object, its class and the possible types of its properties.

~I would be glad if anyone could explain more about this field.~ (Updated now)

The group_ member is essentially a member of the ObjectGroup class, with the following members.

The comments more or less explain the use of each of the fields, but let me just go into the clasp_ member as it provides interesting targets for exploitation.

Like the comments says, this defines the JSClass that is shared by all objects that belong to this group and can be used to identify this group. Let’s take a look at the Class structure.

I did not understand much of the other properties except the ClassOps, but I’ll update it here once I do. ClassOps is basically a pointer to a structure that holds a number of function pointers that define how specific operations on an object take place (!? Lol, don’t worry, example coming right up!). Let’s take a look at this ClassOps structure

For example the function pointer in the addProperty field, defines which function is to be called when a new property is called. This is all explained pretty nicely in this post. Its a really great article especially for someone starting out with SpiderMonkey exploitation and the author explains everything from scratch. So back to the point, we basically have an array of function pointers here. If we manage to overwrite any of them, we can convert an arbitrary write into arbitrary code execution.

But wait its not that easy. The thing is that this region which contains the function pointers is an r-x region (no write access). But, provided that we have arbitrary write, we can easily fake the entire ClassOps structure and overwrite the pointer to the actual ClassOps in the group field with a pointer to our fake structure.

Thus we have here a means to get code execution provided we have arbitrary write. This will be handy later!

So how does js keep track of the properties of an object? Just consider the following snippet.

obj is an array but it has a couple of properties as well. Now we js has to keep track of the property names as well as their values. For this it uses the shape_ and the the slots_ field of the object. The slots_ field is the one that contains the values that are associated with each property. It is basically an array that contains only the values (no names). The shape_ contains the name of the property as well as an index into the slots_ array where the value for this property will be present.

Maybe the following pic explains better than I do :) 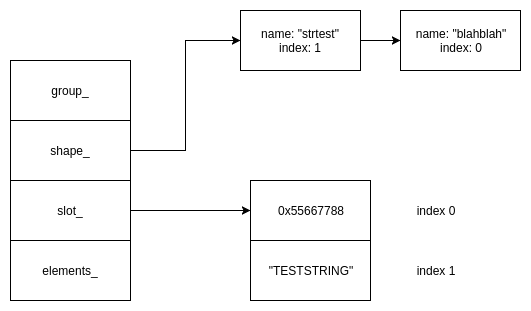 Okay, so lets a look at what’s happening in the memory with gdb.

Now in the example that we took in the previous section, the object just had a few properties. What if it had elements as well? Lets add to the above snippet -

Yep, you guessed it right. The elements are going to be stored in an array pointed to by the elements_ member. Lets take a look at a modified image. 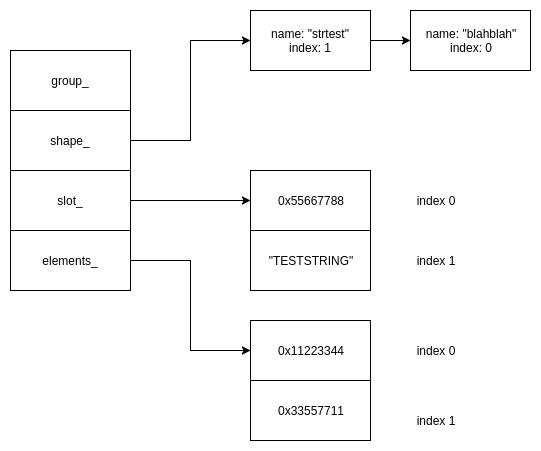 Now we saw that we can add any number of elements to objects. So the elements_ array has a metadata to keep track of no. of elements etc (This is actually casted to ObjectElements explicitly. Check js/src/vm/NativeObject.h for details). The following constitute the metadata -

The above code is from the definition of ObjectElements in NativeObject.h. The comments are self explanatory I guess. Lets add a couple more elements to our obj object…

…and view this in gdb.

From the MDN page

The pointer to the data buffer is stored in the private form, the setPrivate being,

Thus it is right shifted by 1. (We’ll check it out in gdb soon)

Now lets create an ArrayBuffer and add a view to this buffer.

The different views on the same buffer allow us to look at the data in the buffer in different ways. A TypedArray like an ArrayBuffer has the following extra attributes, in addition to NativeObject

Lets start looking at how all this is represented in the memory.

Since the data in the TypedArrays are saved without nan-boxing and as the C native types, this is really useful in exploitation, where we might feel the need to read and write data to and from arbitrary location. Now, imagine that you have control over the data pointer of an ArrayBuffer. Thus you can read and write 4 bytes at a time, to and from an arbitrary location by assigning a Uint32Array with the corrupted ArrayBuffer. If, instead, we use a normal array for this then the data read from arbitrary location would be in float and to write data to the location we would need to give the payload in float instead of int.

So that kind of summarizes what I have learned so far :). When I get some more free time I plan to write a writeup for blazefox which is a pretty easy challenge and a really good one to try out for starting with browser related exploitation.

I know that this is still incomplete and probably error ridden. If you spot any mistake in the post I would be glad to correct it.

I wanted to take a few notes about my SpiderMonkey debugging and code review setup so that this can be a reference for the future me :). This short post will be about that only. Code Review My fa...

I was always very curious about vulnerabilities that kept popping up in the JIT compilers of various popular browsers. A couple of months I came across CVE-2019-11707, which was a type-confusion bu...

About a couple of weeks ago, teambi0s conducted InCTF, an International level CTF and I had the opportunity to create a couple of challenges - ateles and navarint. ateles . Now let’s delve into ate...